It is adult books this month. Finally I get to clear some room on my shelf so I can fill them with these great books


SUMMARY : “Dear Tommie: Have you ever wondered about who you are?”
The letter that turns Tommie McCloud’s world upside down arrives from a stranger only days after her father’s death. The woman who wrote it claims that Tommie is her daughter—and that she was kidnapped as a baby thirty-one years ago.

Tommie wants to believe it’s all a hoax, but suddenly a girl who grew up on a Texas ranch finds herself linked to a horrific past: the slaughter of a family in Chicago, the murder of an Oklahoma beauty queen, and the kidnapping of a little girl named Adriana. Tommie races along a twisting, nightmarish path while an unseen stalker is determined to keep old secrets locked inside the dementia-battered brain of the woman who Tommie always thought was her real mother. With everything she has ever believed in question, and no one she can trust, Tommie must discover the truth about the girl who vanished—and the very real threats that still remain.

SIDE NOTES: This looks like a good book. The story of a women who does not know who she is (don't we all feel that way sometimes ?)


SUMMARY: When young women start dying, Boston cop Samantha Ryan is the perfect person to investigate, for only she knows what the archais symbol carved into their flesh means. The last in a long line of ruthless witches, she grew up in a coven seduced by power and greed. And now she's sure that bad witches have returned to Salem. Reluctantly, Samantha goes undercover-into a town obsessed with black magic, into her terrifying past, and into the dark, newly awakened heart of evil. 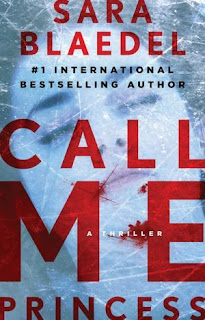 
SUMMARY:
A young woman in Copenhagen, Susanne Hansson, becomes the victim of an unusually brutal rape attack in her own home. Detective inspector Louise Rick is summoned to talk to the victim, where she quickly determines that Susanne met the rapist via a dating website, a fact that Susanne shamefully tries to hide, especially from her domineering mother.
The police suspect that the rapist may have been caught on video in the subway, so Louise and a colleague go through the tapes. They’re lucky enough to find him, but unfortunately the image is blurry and shows him only in profile. While the police investigation is making progress, things take a negative turn for Susanne, who tries to commit suicide. The rape is not the only reason.
In the meantime Louise becomes more and more immersed in the online dating world. In her search she comes across the web site “nightwatch.dk,” which allows her to upload images that show people out in the night-time scene and who they’re with. She finds a picture of the man, who is now calling himself “Prinzz.” She contacts him using the name “Princess,” and they agree to meet.

SIDE NOTES: This is the second book in a series but the first in english that I have seen from this author. I hoping this will be a good book.
Posted by K_doran at 3:57 PM