Blog Book Tour: Black and White and Dead All Over

This book was given to me by Sage's Blog Tours. 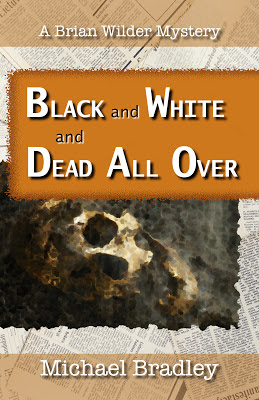 Black and White and Dead All Over
Michael Bradley
166 Pages
CreateSpace Independent Publishing Platform
When the skeleton of a teenage girl is uncovered at a construction site in Newark, journalist Brian Wilder must follow a twenty-two year old trail of deceit and lies to uncover the truth behind her death. While still struggling with his own tragic past, Brian uncovers a haunting secret of passion and anger that could threaten to destroy one of the most powerful political families in Delaware.
My Review:  This book was great. I thought for such a short book it would be missing a lot of details, but I was surprised to see no stone was left unturned. This is a fast paced and action pack book. For the length of it I was amazed at the character development and how I felt for all of them. I am looking forward to the continuation of the story and to see what happens next. I also like that it was a quick read (only about an hour and a half.) , but well worth the time. This is a book I will re-read and enjoy over and over again. 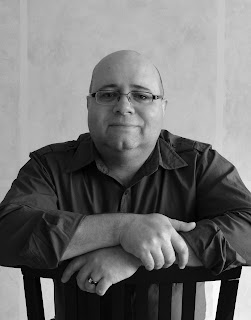 Born and raised in southern New Jersey, Michael Bradley is an author and IT consultant, whose frequent travels bring him in touch with a variety of people up and down the east coast.
When he isn’t on the road, Michael hits the waterways in one of his three kayaks. Being an avid Apple fan, Michael loves to preach the benefits of Apple’s Mac OS X and iOS.
Before working in information technology, Michael spent eight years in radio broadcasting, working for stations in New Jersey and West Virginia, including the Marconi Award winning WVAQ in Morgantown. Becoming an author has been a lifelong dream for Michael, which was finally realized with the release of his first book in 2012.
Among the writers in which he finds inspiration, Michael favors P.D. James, Raymond Chandler, Leslie Charteris, Simon Brett, and Ian Fleming. He lives in Delaware with his wife, Diane, and their two furry four-legged “kids”, Simon and Brandy.Michael does all of his writing on an Apple iPad 2 with a Logitech Ultrathin Keyboard Cover.