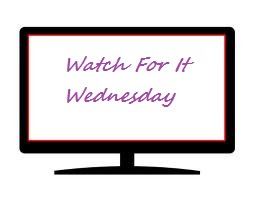 Ok, I have been finding a lot of books I really can't wait too read. I have over 300books waiting to be read I am not buying as many books anymore. Trying to catch up. I still want these book good thing Christmas is coming. 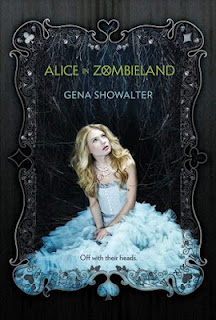 Had anyone told Alice Bell that her entire life would change course between one heartbeat and the next, she would have laughed. From blissful to tragic, innocent to ruined? Please. But that’s all it took. One heartbeat. A blink, a breath, a second, and everything she knew and loved was gone.

Her father was right. The monsters are real….

To avenge her family, Ali must learn to fight the undead. To survive, she must learn to trust the baddest of the bad boys, Cole Holland. But Cole has secrets of his own, and if Ali isn’t careful, those secrets might just prove to be more dangerous than the zombies…. 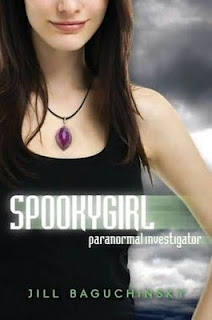 TITLE : Spookygirl
AUTHOR: Jill Baguchinsky
PUB DATE: Aug. 21st
SUMMARY: Violet doesn't remember much about her late mother, but she is certain of one thing: she too can see ghosts and communicate with the dead. But when Violet discovers paranormal activity in the girls' locker room, she finds herself ill-equipped for handling the school's ghostly echoes. Through Violet's own investigation and with the help of some unlikely allies, Violet discovers there is a lot she doesn't know about her special skill--and more still that can stand in the way of its power. With sharp wit and determination, Violet sets out to uncover the truth behind her school's haunting, to finish the investigation that led to her mother's sudden death, and to learn why the only ghost she has ever wanted to see is the one that has eluded her forever. 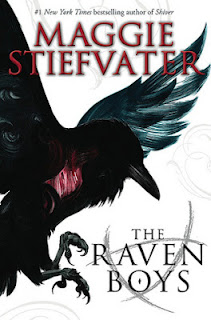 TITLE: The Raven Boys
AUTHOR: Maggie Stiefvater
PUB DATE: Sept 18th
SUMMARY:It is freezing in the churchyard, even before the dead arrive.

Every year, Blue Sargent stands next to her clairvoyant mother as the soon-to-be dead walk past. Blue herself never sees them—not until this year, when a boy emerges from the dark and speaks directly to her.

His name is Gansey, and Blue soon discovers that he is a rich student at Aglionby, the local private school. Blue has a policy of staying away from Aglionby boys. Known as Raven Boys, they can only mean trouble.

But Blue is drawn to Gansey, in a way she can’t entirely explain. He has it all—family money, good looks, devoted friends—but he’s looking for much more than that. He is on a quest that has encompassed three other Raven Boys: Adam, the scholarship student who resents all the privilege around him; Ronan, the fierce soul who ranges from anger to despair; and Noah, the taciturn watcher of the four, who notices many things but says very little.

For as long as she can remember, Blue has been warned that she will cause her true love to die. She never thought this would be a problem. But now, as her life becomes caught up in the strange and sinister world of the Raven Boys, she’s not so sure anymore.