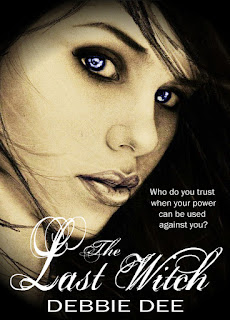 For generations the Incenaga Witches have been forced to use their power to fulfill the wishes of others until they are drained of their magic and left to die. Desperate to protect his infant daughter - the last surviving witch - Emmeline’s father escapes with her to the forests where he vows to keep her hidden from the world and from the truth.

Sixteen years later, Emmeline is discovered and finds herself in the grip of a traitor who will stop at nothing to get what he wants, even if it means abusing her power until she dies. She is taken to a distant country and told she must marry the Crown Prince or her own country will be overtaken, its people slaughtered. But what sort of prince would marry a witch? And why would she be the difference between war and peace?

As she fights to regain her freedom, she is faced with a choice between a prince who offers a lifetime of security and a common gamekeeper who has no idea of her power, but offers his heart.

But who do you trust when your power can be used against you?
My Review: This book was amazing...  Once I started I did not want to put it down. I regretfully had too because of my job, but I found myself thinking of all the characters while I was away and compelled to finish it as soon as possible . This book has everything for every type of reader. Action, adventure, mystery, romance and fantasy. The main character Emmeline transformation in this book is wonderful. The strength she gains is empowering. This story had me at the edge of my seat, biting my nails and heart pounding.

The pace of the novel was great too even though it took place over months the author focused on the action and adventure of certain days instead of going into extensive detail of long drawn out days. The story was unique and I found myself drawn in from the first page, as Emmeline discovers her powers a lot of openings for the story that lead the way for the next two books in this delightful trilogy to explore and I am looking forward to reading every one 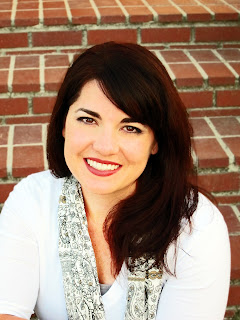 About the Author
Debbie Dee recently moved to southern Idaho with her husband and three children where she is learning how to be a country girl in her favorite pair of blue heels. She adores fairy tales and happy endings, but secretly crushes on the bad guy now and then. As a dedicated musician who practices way too much, she never expected writing would sweep her off her feet until she jotted down a scene from a daydream, which turned into two scenes, which turned into a messy house and her first novel. Since then she hasn’t been able to let a day go by without writing. Her website is www.debbiedee.com.
Websites and links-
www.debbiedee.com
https://www.facebook.com/debbiedeeauthor
https://twitter.com/_DebbieDee
http://www.goodreads.com/book/show/16035850-the-last-witch
http://amzn.com/B009AE0L8S