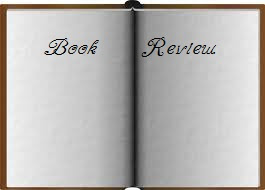 ﻿
Sworn To Raise
Terah Edun
CreateSpace Independent Publishing Platform
Seventeen-year-old Ciardis has grown up in poverty, a cleaner in a small vale on the outskirts of the kingdom. But beneath her kingdom’s seemingly idyllic surface lies a hidden secret. Whispers of an inept crown Prince are growing ever louder—intensified by the five year anniversary of the soul bond initiations.

Amidst scandalous whispers, Ciardis finds herself chosen to train for the Companion’s Guild. She leaves her home and sets off on a personal journey to become a Court Companion. A position she’d never thought possible for a lowly servant to obtain, she must prove that she has the skills to attract a Patron.

But she must master those skills quickly. If the legends are true, only Ciardis can harness the power to raise a Prince in an Imperial Court sworn to bring him down.
My Review: I really enjoyed this book. The main character was a girl who was not afraid to stand up for herself and her beliefs. No matter who she was talking too. I liked that a lot a character who stood her ground. I loved the world in this unique story. I found this book both engaging and enthralling. I was pulled into the story with just a few pages and did not want to put it down. I recommend this book for anyone who likes fantasy. I am sure they will be as captivated as I was.