Sorry to say still on my book buying ban 4 birthdays and Christmas to get ready for in the next 3 months, but stillgetting books for my kindle just picked up a few. 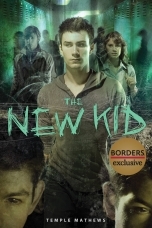 Will Hunter is used to being the New Kid; Harrisburg High School is his fifth new school in less than three years. By now, he knows not to be fooled by the bright pep rallies, the wholesome jocks, the innocent cheerleaders. He knows the evil lurking underneath. It’s the same evil that took his dad eight years ago: the same evil he battles every day.

Natalie Holand’s life fell apart the night her sister Emily disappeared. No one believes her when she tells them what she saw: yellow and green eyes, glowing beneath the surface of the water in which Emily supposedly drowned. And Emily isn’t the only person to go missing in Harrisburg lately. The town is changing, not for the better, and Natalie doesn’t know why. What she does know is that, whatever’s happening, it’s bad, and the New Kid is right in the middle of it.

Because Will has a secret even bigger than Harrisburg’s, and there’s more to it than even he knows. 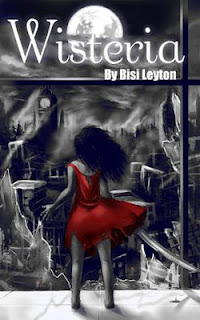 Sixteen year old Wisteria Kuti has two options—track the infected around the Isle of Smythe or leave the only known safe haven and face a world infested with flesh eating biters. But even with well-armed trackers, things go wrong and Wisteria ends up alone facing certain death, until she is rescued by the mysterious Bach. Uninfected, Bach is able to survive among the hordes of living dead.

Eighteen year old Bach, from a race known as The Family, has no interest in human affairs. He was sent here to complete his Great Walk and return home as a man—as a Sen Son. The Family regard humans as Dirt People, but Bach is drawn to this Terran girl, whom he has never seen before, but somehow knows.

Hunted by flesh eaters, cannibals, and the mysterious blood thirsty group called Red Phoenix, Wisteria and Bach make their way back to the Isle of Smythe, a community built on secrets and lies.

Now I have to start reading the books on my kindle.
Posted by K_doran at 6:21 PM