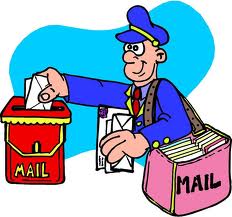 Ok I have been looking through the book I have read since May and I noticed one thing I have not read any adult book in four months . Well I have to correct that, so I got some new adult mysteries I am looking forward to reading . 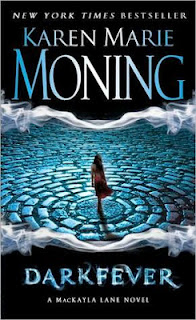 TITLE: Darkfever
AUTHOR: Karen Marie Moning
PUBLISHER: Dell
Book Description :MacKayla Lane’s life is good. She has great friends, a decent job, and a car that breaks down only every other week or so. In other words, she’s your perfectly ordinary twenty-first-century woman.

Or so she thinks…until something extraordinary happens.

When her sister is murdered, leaving a single clue to her death–a cryptic message on Mac’s cell phone–Mac journeys to Ireland in search of answers. The quest to find her sister’s killer draws her into a shadowy realm where nothing is as it seems, where good and evil wear the same treacherously seductive mask. She is soon faced with an even greater challenge: staying alive long enough to learn how to handle a power she had no idea she possessed–a gift that allows her to see beyond the world of man, into the dangerous realm of the Fae….

As Mac delves deeper into the mystery of her sister’s death, her every move is shadowed by the dark, mysterious Jericho, a man with no past and only mockery for a future. As she begins to close in on the truth, the ruthless Vlane–an alpha Fae who makes sex an addiction for human women–closes in on her. And as the boundary between worlds begins to crumble, Mac’s true mission becomes clear: find the elusive Sinsar Dubh before someone else claims the all-powerful Dark Book–because whoever gets to it first holds nothing less than complete control of the very fabric of both worlds in their hands….

TITLE: Midnight Caller
AUTHOR: Leslie Tentler
PUBLISHER: Mira Books
BOOK DESCRIPTION: Late-night radio show psychologist Rain Sommers is used to the crazies who call in to rage from the back alleys of the French Quarter and the shadows of the bayou. But one caller's chilling obsession with her and her long-ago murdered mother - an iconic singer beloved among the city's Goth community - has even the jaded Rain running scared as a sadistic serial killer known as the Vampire prowls New Orleans.

FBI agent Trevor Rivette is convinced her midnight caller and the killer are one and the same. As it becomes disturbingly clear that the Vampire has a sick bloodlust only Rain can satisfy, she allows Trevor to get closer and closer. But he soon discovers that his secretive past and troubled present are intertwined - and that he may die trying to keep Rain's fate out of a madman's control. 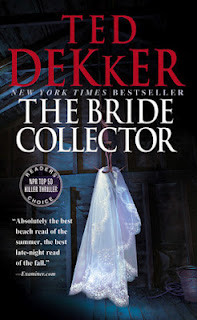 TITLE:  The Bride Collector
AUTHOR:  Ted Dekker
PUBLISHER: Center Street
BOOK DESCRIPTION: FBI Special agent Brad Raines is facing his toughest case yet. A Denver serial killer has killed four beautiful young women, leaving a bridal veil at each crime scene, and he's picking up his pace. Unable to crack the case, Raines appeals for help from a most unusual source: residents of the Center for Wellness and Intelligence, a private psychiatric institution for mentally ill individuals whose are extraordinarily gifted.

It's there that he meets Paradise, a young woman who witnessed her father murder her family and barely escaped his hand. Diagnosed with schizophrenia, Paradise may also have an extrasensory gift: the ability to experience the final moments of a person's life when she touches the dead body.

In a desperate attempt to find the killer, Raines enlists Paradise's help. In an effort to win her trust, he befriends this strange young woman and begins to see in her qualities that most 'sane people' sorely lack. Gradually, he starts to question whether sanity resides outside the hospital walls...or inside.

The FBI believes that the killer plans to murder seven women. Can Paradise help before it's too late?
These are all new authors to me and I look forward to reading them this month. Let me know your thoughts on them and if you have read anything from them.